Find out more about our ISME17 Keynotes 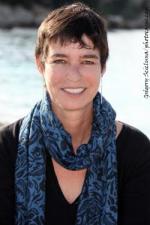 Chantal Abergel, CNRS, France
Chantal Abergel is Research Director at CNRS and Director of the Genomics and Structural Information Laboratory. The laboratory is focused on the study of the 4 families of giant viruses currently described, the Mimiviridae and the Pandoraviridae on one hand, and the Pithoviridae and Mollivirus whose first representatives were isolated from permafrost samples more than 30,000 years old. Their discoveries are challenging the concept of virus as well as their origin, their evolution and the role they could have played in the emergence of the cellular life.
Chantal Abergel's keynote presentation will be sponsored by 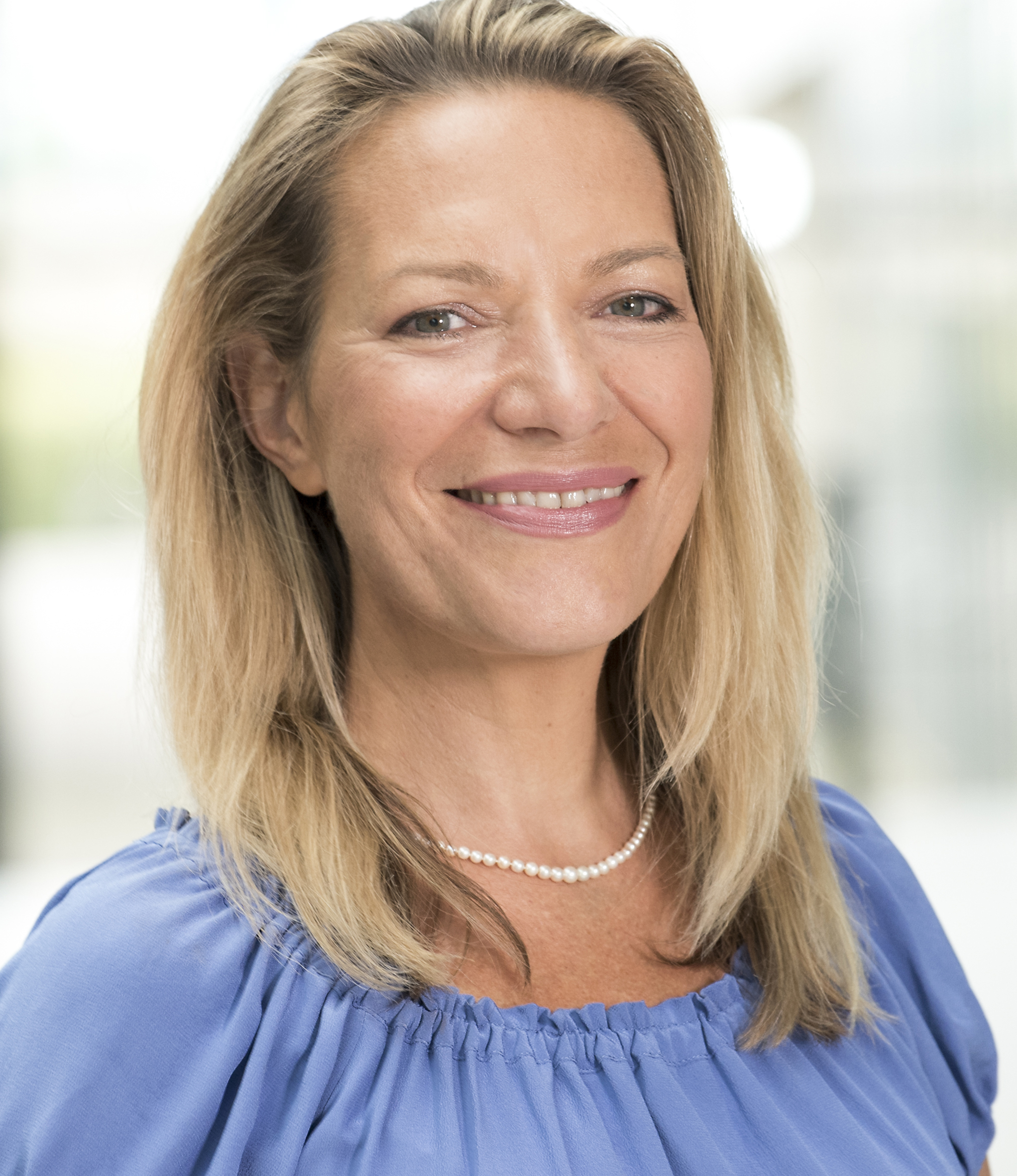 Antje Boetius, Alfred Wegener Institute, Helmholtz Center of Marine and Polar Research, Germany
Antje Boetius is a deep-sea and polar microbial ecologist and Director of the Alfred Wegener Institute, Helmholtz Center of Marine and Polar Research. Her research focuses on the on extreme habitats of the oceans, which are a source of unknown microbes and novel microbial metabolisms, especially with regard to anoxic, hydrocarbon rich seafloor realms. Her current studies include the exploration of deep-sea microbial life in ice-covered oceans. Her joint research group with the MPI for Marine Microbiology in Bremen also tackles the effects of global warming and other pressures, many of which are a consequence of human activities, such ocean acidification, pollution by hydrocarbons, declining oxygen concentrations by eutrophication and the consequences of deep-sea mining. 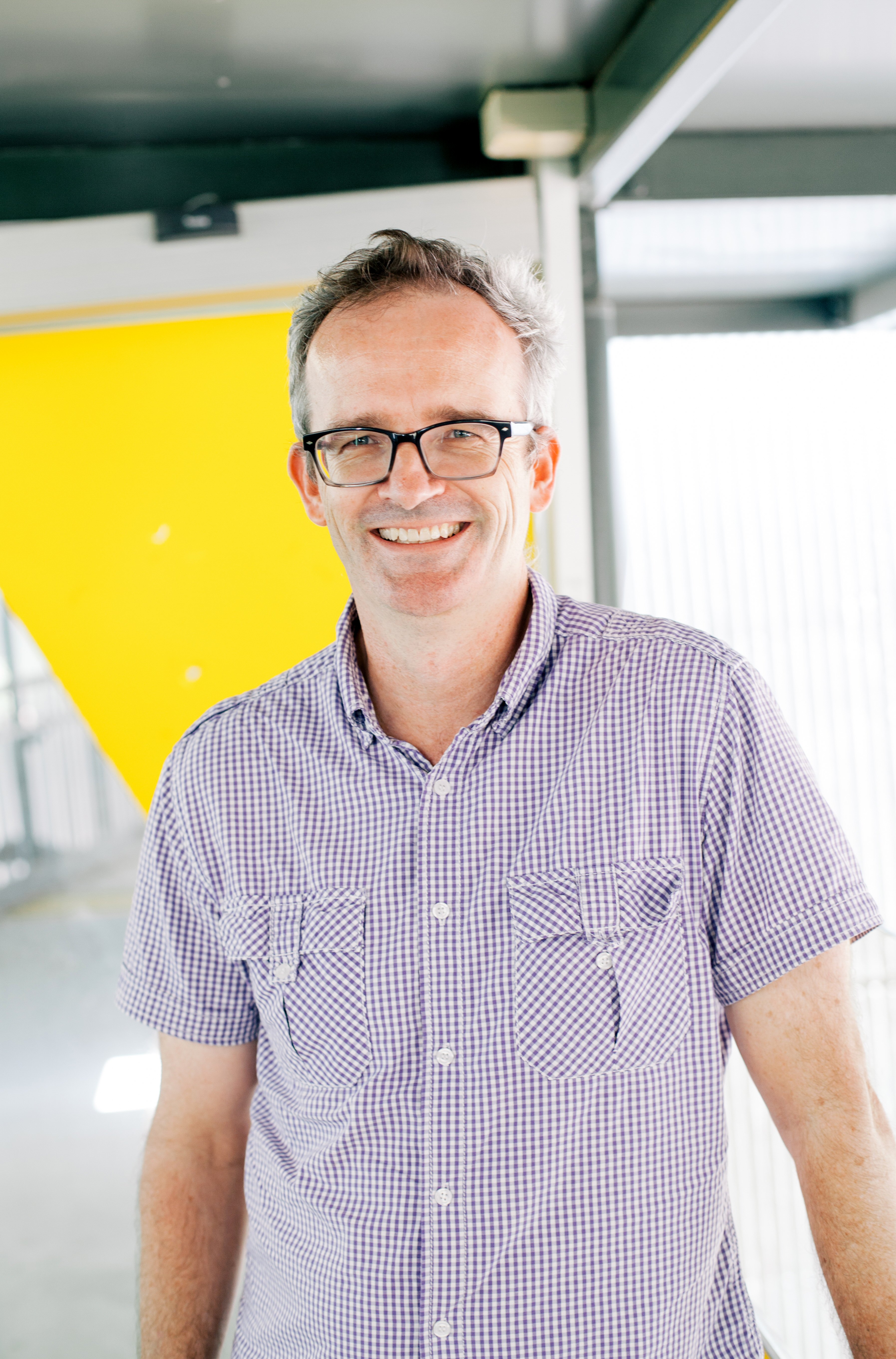 Phil Hugenholtz, The University of Queensland, Australia
From a PhD in 1994 at the University of Queensland, Phil Hugenholtz developed a career in microbiology and genomics in the USA and in Australia.  His last position in the USA was as Staff Scientist (2004-2010) at the DOE Joint Genome Institute.  In late 2010 he returned home to establish the Australian Centre for Ecogenomics, now comprising over 50 research and support staff. The Centre conducts culture-independent sequence-based research across a wide range of environmental, engineered and clinical ecosystems underpinned by a genome-based evolutionary framework. 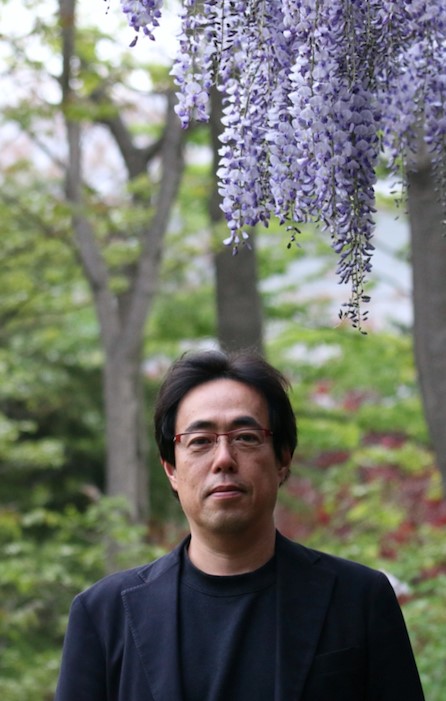 Yoichi Kamagata, National Institute of Advanced Industrial Science and Technology (AIST), Japan
Yoichi Kamagata is a senior researcher and Deputy Director-General of the Life Science and Biotechnology Department, National Institute of Advanced Industrial Science and Technology (AIST), Japan. His main research interests are ecology and physiology of methanogens, strictly anaerobic bacteria and their syntrophic relationships. His group has been intensively cultivating yet-to-be cultured microbes to deeply understand their important roles in a variety of ecosystems. Recently he is also interested in a classical question in microbiology: why most of microbes do not like grow on agar media. He believes that addressing this old question would contribute to the contemporary issues in microbial ecology.
He was Director of Bio-production Research Institute at AIST from 2006 to 2014. He was Professor of the IFO endowed laboratory of microbiology, Hokkaido University from 2009 to 2015. He became a Fellow, American Academy of Microbiology in 2015. He was a group leader of environmental microbiology laboratory from 2001-2014. He was researcher at Center for Microbial Ecology, Michigan State University in 1993-1995.

Kirsten Küsel, Friedrich Schiller University Jena, Germany
Kirsten Küsel studied Geoecology with a focus on hydrology, geochemistry and soil science before she entered the fascinating field of environmental microbiology to start a PhD under the supervision of Harold L. Drake at University of Bayreuth, Germany, in 1992. During her postdoc time she focused on diversity, function and adaptation strategies of anaerobic bacteria at oxic-anoxic gradients in soils, freshwater and marine sediments. In 2004 she became Professor for Limnology and later Full Professor for Aquatic Geomicrobiology at University of Jena which allows her to combine the fields of microbiology and geoscience. She is also a founding Director of the German Centre for Integrative Biodiversity Research (iDiv) Halle-Jena-Leipzig, a research centre with approximately 300 employees and members with the mission to establish the scientific basis for the sustainable management of our planet's biodiversity. 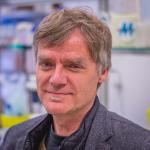 Jan Roelof van der Meer, University of Lausanne, Switzerland
Jan R. van der Meer studied Environmental Sciences at the Agricultural University in Wageningen, The Netherlands. He performed his PhD research with Alexander Zehnder and Willem de Vos as advisors, still at the Wageningen Agricultural University. After a postdoc at the Dutch Dairy Institute, he became Junior Group Leader in Environmental Microbiology at the Swiss Federal Institute for Aquatic Sciences (Eawag). In 2003, he moved to the University of Lausanne, in Switzerland. Since 2011, Prof. van der Meer is Head of the Department of Fundamental Microbiology at the University of Lausanne. His research interests are genetic adaptation mechanisms in bacterial communities under pollution stress, as well as applications of bacteria for environmental benefits, for example, as biosensors or for community engineering.
Jan Roelof van der Meer's presentation will be sponsored by 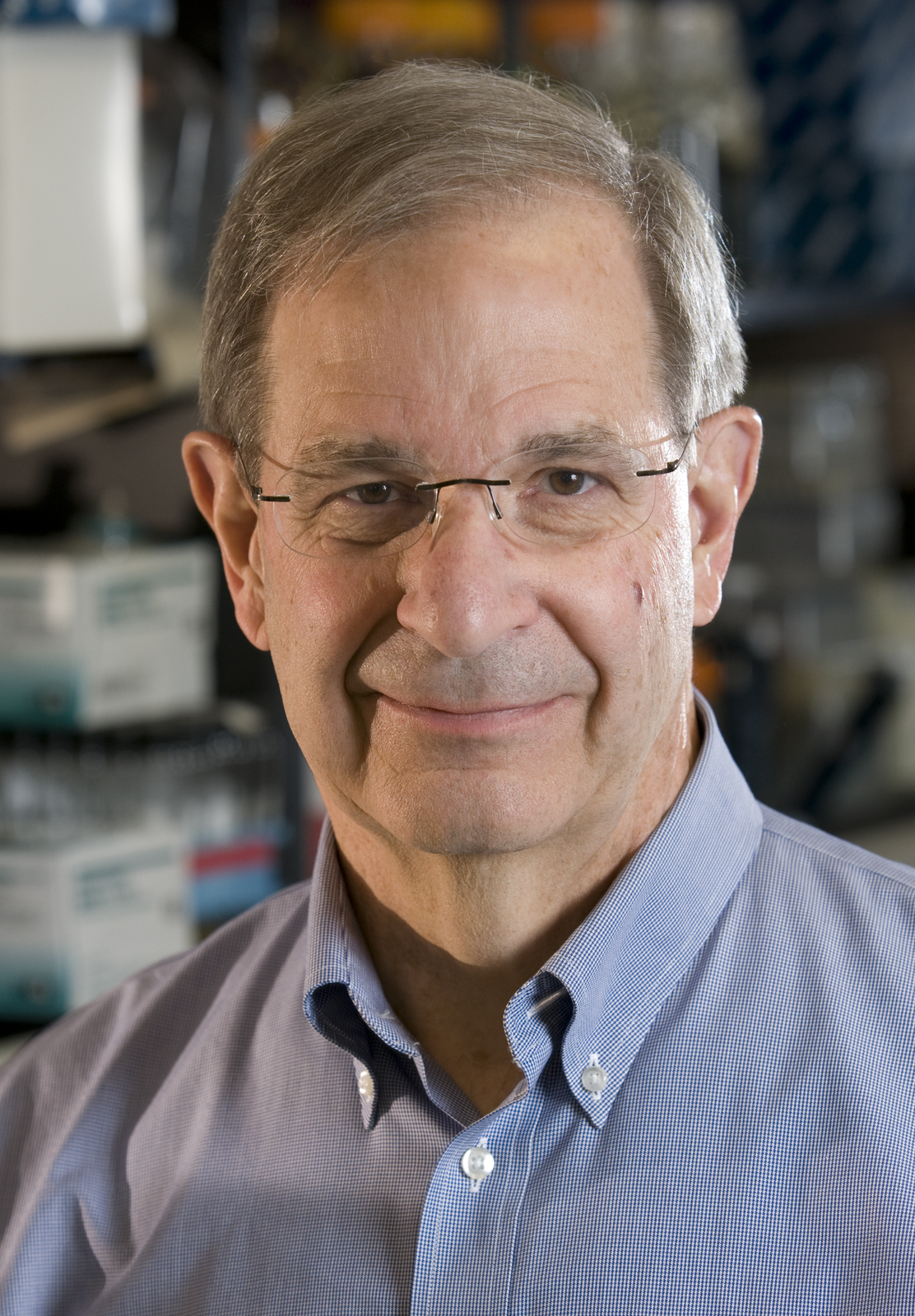 Jim Tiedje, Michigan State University, USA
Jim Tiedje has been Director of the Center for Microbial Ecology at Michigan State University since 1989 where he is also University Distinguished Professor of Microbiology and Molecular Genetics and of Plant, Soil and Microbial Sciences. He has served as Editor-in-Chief of Applied and Environmental Microbiology and Editor of Microbial and Molecular Biology Reviews and mBio. He was the first President of ISME (1998) as it transitioned from and ICOME (Intl Comm on Microbial Ecology) meeting and led the development its first Bylaws, budget and expanded ISME meeting structure.  He was later President of the American Society for Microbiology (ASM). He is Fellow of the AAAS, the American Academy of Microbiology, the Ecological Society of America, the Soil Science Society of America, and a member of the U.S. National Academy of Sciences. His research was on denitrification and biodegradation in earlier years and in recent years on genomics and metagenomics to understand speciation, community structure, dynamics and functions. 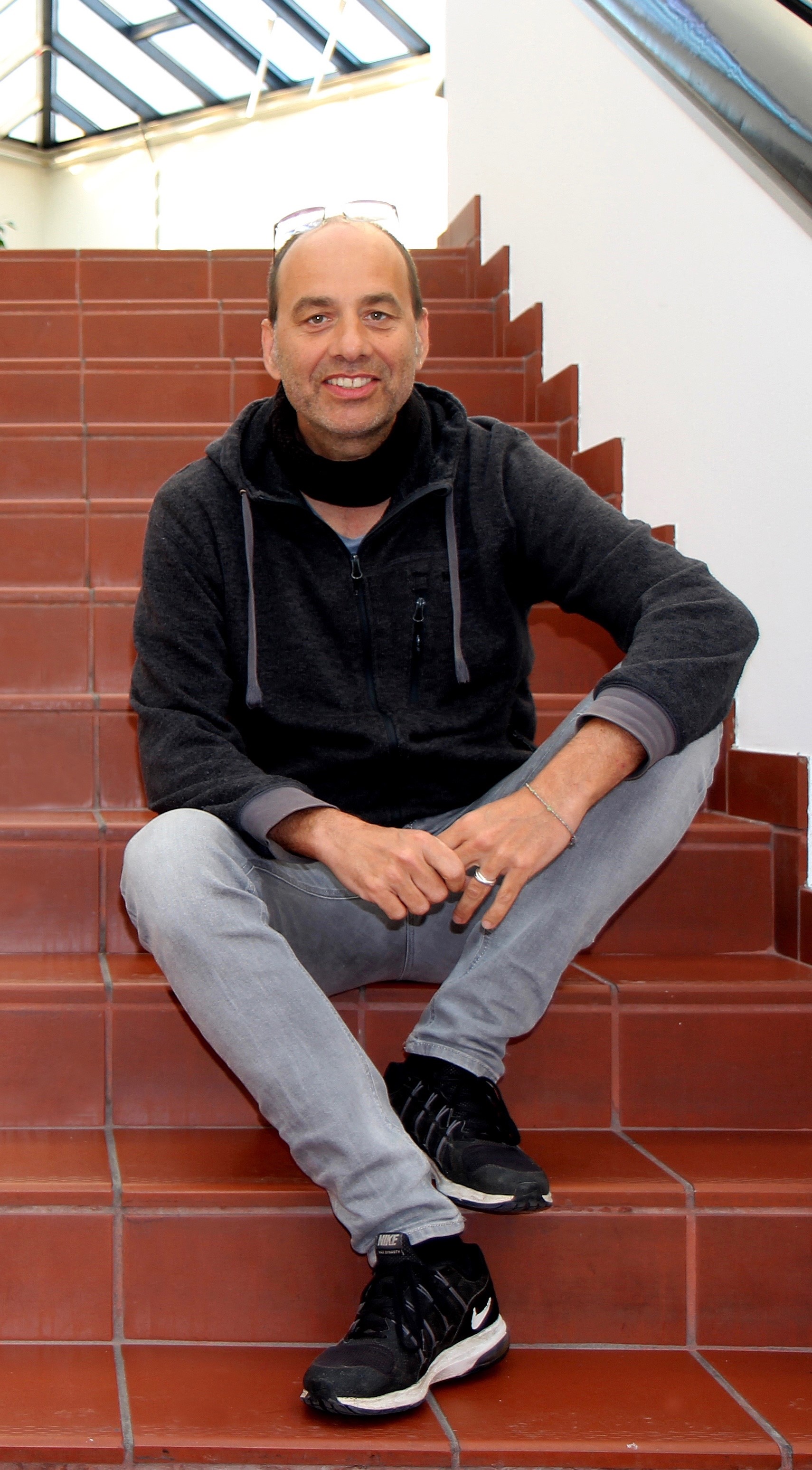 Tiedje Award Winner Michael Wagner, University of Vienna, Austria
Michael Wagner is head of the Department of Microbiology and Ecosystem Science (>120 research and support staff members from 28 countries) at the University of Vienna. He received his Ph.D. from the Technische Universität Munich, Germany, in 1992 and subsequently worked as a Post-Doc with Dave Stahl at the Northwestern University, USA, before he returned to Munich as a group leader. In 2003, he became full professor of Microbial Ecology at the University of Vienna. Michael’s work spans a variety of microbial guilds involved in carbon-, sulfur- and nitrogen cycling and has led to the discovery and characterization of major new players among those groups including complete nitrifiers within the genus Nitrospira (comammox organisms). His current research foci are the physiology and ecology of ammonia-oxidizing and comammox microbes as well as the development of innovative single cell tools for genomic and functional characterization of bacteria and archaea.  Michael has been ISME president from 2012 to 2014 and is currently senior editor of the ISME Journal.